And it doesn't taste like any mint chocolate chip you've ever had.

We’re deep in Made in Vancouver Awards territory at the (virtual) office these days (BTW – deadline for this year’s entries is April 2!) and it has had us looking back at past winners.

I was on the judging panel last year when Uno Gelato won for Best Food Product (Sweet) and I still recall what a revelation their Akbar Mashti gelato was—all rosewater, saffron, pistachios. But I appreciate that gelatos that test your palate aren’t everyone’s cup of Persian tea. Some people like the classics.

But for me, Mint Chocolate Chip has never been one of the classics. In most incarnations the “mint” tastes like Junior Mints, maybe the worst big brand candy around which, importantly…don’t taste like mint at all. Seriously Breyers, don’t you think we’ve ever tasted fresh mint before?

So when my daughter came home with three pints of Uno Gelato two weeks ago, I was less than enthused to Uno’s version of Mint Chocolate chip among them. I opted instead for the Banana Bread flavour which was a bit weird—it felt like it almost had the texture of real Banana Bread—and a lot awesome. But a few days later it was gone (hours, days what’s the difference), as was the second pint, Salted Caramel, What remained was the Mint Chocolate Chip.

When I say I’m not a fan of the flavour I mean compared to other flavours I like, not compared to, say, eating and apple. So I jumped with the lowest of low expectations. Whoa. For starters it’s not green, at least not crazy green. It’s green in the sense of chopped-up bits of Mint are green. And it tastes like actual mint, which is to say, refreshing and clean and light. So when the chocolate kicks in in this version, everything is in harmony, all playing their separate notes. It’s fantastic—like a sorbet that you want more than a bit of.

Think your product has what it takes to win the Made in Vancouver awards too? Enter by Friday, April 2 – more details here! 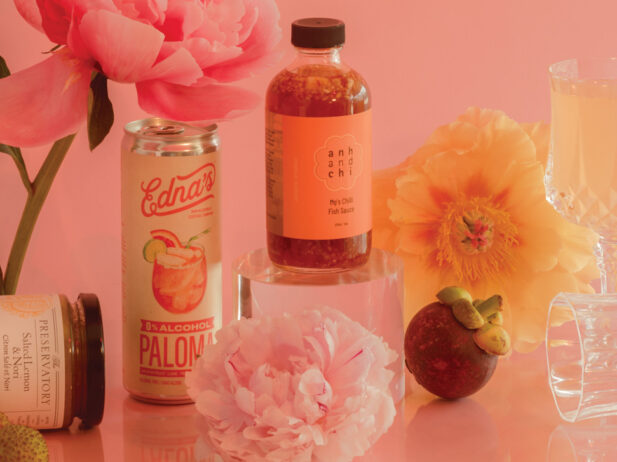 Announcing the Winners of Our 2022 Made in Vancouver Awards 2022 Made in Vancouver Awards Winners: Food and Drinks 2022 Made in Vancouver Awards Winners: Beauty 2022 Made in Vancouver Awards Winners: Home 2022 Made in Vancouver Awards Winners: Wildcard Announcing the Finalists for Our 2022 Made in Vancouver Awards